Gender Pay Gap reporting: What the extension tells us about pay inequality in 2021

Gender pay gap reporting has been instrumental in finally addressing the problem of systemic pay inequality. But the UK government’s extension of the deadline for gender pay gap reporting, necessitated by the pandemic, exposes a worrying trend that could have significant consequences for the workforce.

Throughout the pandemic, women have been disproportionately affected by lockdowns. Mothers were particularly affected, as they were 23% more likely to have lost their jobs temporarily or permanently than male counterparts in families with two partners of the opposite sex.

In this article, we’ll discuss how furlough has highlighted the importance of collecting gender pay gap data, and why the extension of the deadline represents a concerning trend for the drive to reduce inequality in the workplace.

What is Gender Pay Gap reporting?

Since 2017, companies in the UK with 250 employees or more must legally perform analytical reporting to identify gender pay disparities. Companies are mandated to publish their results publicly.

Companies annually come under fire for dramatic inequalities exposed by the gender pay gap. Leading newspapers publish lists of employers that fail to report or do so late, with highly critical write-ups in national newspapers for the worst offenders.

The justification for the extension appears, in part, to be motivated by a desire to spare businesses this negative experience at a time when they may be especially vulnerable. Kishwer Faulkner, Chair of the Equalities and Human Rights Commission (EHRC), said that the extension was supposed to ‘support businesses still impacted by the pandemic’ whilst ensuring they follow the law.

But the problem with this logic is that it encourages an unhealthy precedent and misunderstanding of gender pay gap reporting’s central importance. Companies are mandated to share their data for the precise reason that negative public perception incentivises change.

The UK’s Office for National Statistics (ONS) has collected data proving that mandated reporting reduces the gender pay gap. But there’s a long way to go.

In 2020, the gender pay gap among all employees was 15.5%, down from 17% in 2019, amongst the companies that decided to publish gender pay gap results despite relaxed rules. A Cornell study in 2019 showed that mandatory gender pay gap reporting resulted in a 5% increase in the probability of women earning above the median hourly wage and a 3% decrease in men’s hourly pay.

A further study by The Equalities Commission, published in September 2020, found that only 5,739 companies had submitted gender pay gap data by July of that year compared to 10,830 the previous year. The drop represents a decline of 53% of total companies reporting on their gender pay gaps in the UK.

Claiming that the deadline extension supports businesses ignores the reason why gender pay gap reporting was necessary in the first place and undermines its central mechanism.

But now that gender pay gap reporting is mandatory again this year, is it the case that businesses are taking the extension offered by the UK government?

It is worth noting that the 2021 extension is optional. But the uptake of the extension is another indicator of a worrying trend in gender pay gap reporting.

Three-quarters of mandated businesses have yet to report on their gender pay gaps as of early April 2021. Most large employers have elected to delay their reporting, demonstrating a concerning lack of urgency and prioritisation.

Fears over furlough: Can we trust gender pay gap calculations?

Before the pandemic, the concept of furlough was largely unknown to the general public. But as the government forced businesses to shut to control the spread of coronavirus, the Chancellor unveiled support packages designed to keep PAYE employees on payroll even as swathes of the economy ground to a standstill.

At the height of the pandemic, an average of 9.6 million people were on furlough, receiving 80% of their salary from the government to insulate employers from the collapse in demand caused by national lockdowns.

The UK Government website refers to some workers as ‘Full-pay relevant employees’. These are employees which employers must include in gender pay gap reporting.

‘Full-pay relevant employees’ are defined as all staff employed by the company on the ‘snapshot’ (elapsed time between the last gender pay gap deadline and the current deadline) date, and:

HR teams shouldn’t include anyone that has been on long term leave and earning less than their standard pay. Certain workers are not classified as ‘Full-pay relevant employees’ if they were off during the ‘snapshot’ period, which includes workers taking the following:

This means that no one placed on furlough can be included in gender pay gap reporting unless their employer elected to top up their pay voluntarily. Employees that endured a pay cut due to coronavirus won’t count in this year’s figures.

Only the employees that didn’t lose out from the furlough scheme will be included, effectively disqualifying the reality of an increased pay disparity in official figures. By failing to include furloughed employees in gender pay gap reporting, systemic inequalities that plague the current system are at risk of going under analysed in a crucial public forum, capable of delivering change.

If businesses want to prove that they are committed to paying parity in the UK, they should perform gender pay gap reporting. The sooner businesses demonstrate a commitment to transparency, the more forgiving the public will be.

Earn credibility by getting ahead of gender pay gap reporting deadlines

It’s critical for HR professionals looking to support their businesses through the pandemic to deliver accurate gender pay gap reporting. The practice is instrumental in inspiring confidence and closing the gaps that have cropped up between employees with similar skills.

MHR can help you to meet your reporting requirements by providing cost-effective, easy-to-use solutions that enable a data mindset in HR to thrive, no matter how big or small your company’s headcount may be. 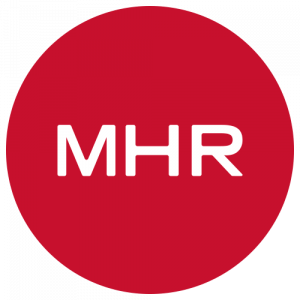 If you would like to submit a guest-blog to appear on the MHR website, please email marketing@mhr.co.uk

BusinessObjects Publications: get your time back

What started life as some simple requests for data has now become part of the monthly process, along the lines of ‘we run reports A, B, and C, extract the…

The power of the introverted leader

Do you think of Sir Winston Churchill whose strength, determination and courage were qualities that shone through in his leadership. Or Mahatma Gandhi, a leader with a totally different personality…

The recruitment process has moved on significantly in the last twenty years. The move to online has meant a more efficient assessment of applications, reduced costs for employers and a…