Self-management: how the care sector is leading the way

In the first two blog posts of this series, we explored what self-management is, how it works in a team environment and some simple steps to get it started in your company.

In this third part, I want to shine the spotlight on three organisations in the care sector that have adopted these principles of self-managing teams and human-centered workplaces. There are three things these companies have in common:

Buurtzorg is a healthcare organisation based in the Netherlands. Their operating model is based on collaboration between self-managing clients and self-managing teams. Each team at Buurtzorg consists of 10 - 12 nurses working in a neighbourhood. They take care of people needing support and manage organisational tasks. Together, they decide how they organise their work and share responsibilities.

The company was created by nurse Jos de Blok in 2006 and in 2011, using the above-described model of working, they won ‘Best Employer of the Year’ for the first time. Their programme empowers their people to deliver all the care their patients need. With this, they were able to reduce the hours of care needed by 50% while at the same time improving the quality of care and work satisfaction for the nurses. 30% of all emergency hospital intakes are avoided because the nurses know their patients so well that they can detect problems early on. Buurtzorg saves the Dutch social security system hundreds of millions of Euros every year because colleagues in psychiatric and youth care, for example, are trying to apply the same working principles. In just 10 years, they grew from just 1 to 850 teams in the Netherlands and are now active in 24 countries.

They have inspired many other companies around the world, such as Enable WA in Australia.

Enable WA is a non-government, not-for-profit organisation based in Western Australia, supporting individuals and families living with disability and other long and short-term health issues. I had the great pleasure of meeting and talking to their CEO Robert Holmes when he presented his case study at a monthly meeting of the grassroot movement Reinventing Work.

After field-based support workers kept telling him that they felt disconnected, Rob realised that self-directed teams provided the opportunity to give employees a voice and the ability to make decisions. He flew to Europe to meet with Buurtzorg to work out how he could implement their model to Enable WA. With this approach, Rob believes that his people make better, more informed decisions and work together for the best possible outcome.

He says that when Covid-19 hit, they were lucky as they had already set up their basic structure, including technology. As they had already embraced and experienced change by developing more flexible working conditions, they were more comfortable working with new challenges. This really helped when keeping up with constantly changing government regulations.

Rob knows how important communication and involving people in decisions is. He says he had to step out of his comfort zone with video updates to staff, distributing them to his whole team via Microsoft Teams. Now support workers that normally would not talk to him do so on a regular basis. Their outlying offices, called hubs, all catch up in the morning and afternoon to talk about their work and bring each other up to speed. They make the decisions about which clients they take on and where they will go. They figure out the resources, knowledge and capacity to take on the new client and work alongside them. If they make a mistake, they learn from it. Rob trusts his people and gives them opportunities to continuously learn and grow, just as he and the company does. It’s OK to fail if everything had been done and tried to help someone.

With the current situation, their greatest struggle is clients suspending shifts. Since they cannot bill for these shifts and permanent staff would still get paid, the company is incurring extra cost. But as they are so flexible, they moved hours around to share shifts so they can help a larger group of people. And because Enable WA got their planning done early, they could move into and grow in this ‘new normal’ easily.

One interesting aspect of changing to a model of self-directed teams was making their budgets transparent. Before, team members would have no idea what the budget looked like. So, by knowing what was available, they knew that buying things will have a consequence. People suddenly were more careful with their spending, almost like they would be with their own money.

Rob says that Enable WA has just begun to figure out what psychological safety in their workplace looks like. For him, happy staff is happy clients. He does not understand why so many organisations make their staff unhappy and then expect them to be loyal. And neither do I. You have to give trust to receive trust back.

Wellbeing Teams are a radical new model for delivering care and support within communities in the UK. They are rated as Outstanding by the Care Quality Commission (CQC). I met one of their wonderful Wellbeing Leaders, Mary Curran, at another one of the Reinventing Work events.

Wellbeing Teams incorporated the values of self-management into their core strategy:

The ‘Wellbeing’ in their name stands for both people supported and team members. They have eight-core ways of working.

First, there is a handbook and team plan for every employee which describes the way the teams work. Each team co-creates its own person-centered team plan. They also form the basis of induction to new members.

The team then distributes roles among themselves. These are tasks that a manager would usually do, such as planning shifts. They are rotated every 6-12 months.

There are team and individual coaches rather than managers to support and facilitate problem-solving, for example.

Each team member also chooses a buddy within their team to support and challenge each other, as well as provide feedback to each other.

Wellbeing Teams uses technology and tools like Slack to stay connected. Each team has its own channel, there are channels for specific roles where people from different teams can share their expertise and challenges and channels where people can just chat with each other on a more personal level.

The teams have regular meetings where they make decisions together. The two main areas of the meetings are addressing issues and discussing development needs as individuals and as a team. Sometimes this can mean the individual team plans need to be updated with any changes that were discussed and decided on during the meeting.

Every two weeks they have video conferences reviewing ‘What if?’ scenarios as part of their ongoing development. This can include solving problems or finding creative solutions for a situation. These are real situations that have happened, and the sessions are facilitated and supported by the coach.

Lastly, every six months, the team coach facilitates a person-centered team review. Here everyone reflects on what is working and what is not, and the team agrees on their own outcomes for the next six months.

What I really loved as well as the way they handle their job descriptions and recruitment. Instead of a long list of demands for new members of staff, they highlight personal attributes they would like to see and how team members are supported and developed.

These are just a few examples of companies treating their people like adults, giving them the power, freedom, trust, and tools to make decisions to do their best work. As I always say, happy teams equal happy revenue streams! 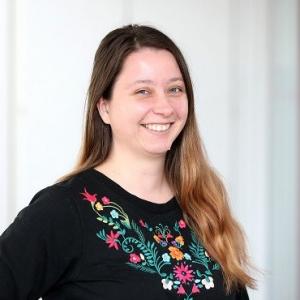 From a very young age, Katrin's dream was to become a teacher. However, she soon found out that by being one, kids and teenagers can be quite exhausting and changed course. She started travelling and stayed in places like Iceland and Australia. This gave her the opportunity to meet people from different backgrounds and get to know their outlook in life. Seven years ago, she moved from Germany to London where she settled down and found her new passion – teaching adults.

Most people don’t give too much thought to how they set up their workspace. But ignoring how and where you work each day could lead to problems in your mental…

To all on-premises SAP business objects BI version 4.1 customers: Now is the time to upgrade

This December also marks six months since the general release of SAP BusinessObjects BI version 4.3. Featuring a completely revamped user experience along with a raft of architecture and function…

Recruitment in retail: how to attract and onboard retail staff

Recruiting the right talent for your job vacancies is vital for running and growing your organisation, whether you are recruiting for full-time, part-time or temporary seasonal workers. It’s important they…