The candidates under your nose

Recruiting successfully has always been a challenge – albeit a varied one depending on role, level, industry, location and any number of other variables.

The post-Brexit, post-pandemic and current Great Resignation world has thrown up another challenge: a lack of candidates. And it’s hitting businesses hard. Across the board many positions remain unfilled after several months, an almost unprecedented situation in living memory.

So, what can you do to attract people now?

I am often surprised at recruiters who don’t keep up some kind of dialogue or contact with prospects. Situations and circumstances change. Build a database of prospects and work with that database over time. Stay connected with people you liked – emails here and there and the occasional ‘touch base’ call or message on LinkedIn.

One thing many organisations are missing, currently, is the passive candidate market.

Build your own future talent pools

There are already people interested in your organisation – those people who have previously applied for roles with you. There is already something they like. It’s a good starting point if their previous experience talking to your organisation was a good one. Stay connected with them.

There is a massive opportunity here with the right kind of engagement, whether that be sending them interesting articles about the company, or information about other job opportunities that may be of interest. In doing this type of thing you are effectively awakening another pool of candidates – a group sat there, right under your nose.

Unless they click the ‘unsubscribe’ button (and you need to make it interesting and relevant enough for them not to press that button) you will have a readymade pool of potential. They’re ready to engage with you, either by following on LinkedIn or taking your company news. If you have the right technology and automation you can engage with them quite simply. You can show them a bit about what the organisation does, the culture, where it’s going and where there are opportunities.

Just because somebody wasn't right at one point in in time does not mean that they are not going be right at another time.

Do not let them drift

Consider this scenario. Company A is looking for a software engineer. They get 100 applications and hire one. Seven other good candidates they interviewed go into the ‘software engineer’ folder. Several months later another job opportunity opens up.

“Yeah, sorry I haven't heard from you in six months,” she says, “I'm not interested.” If there had been some communication and you had kept her engaged during those six months there is a good chance you would have received a more positive response. She may even have been following you – waiting for an opportunity to come up.

Build that talent pool, but if you haven't engaged with them, if you haven’t cultivated them then it is not worth it. It is just a list of names in a folder.

Every recruiter wants to get the 10 out of 10 candidates, but it rarely happens. Often the job will go to those 8 and 8.5 out of 10 candidates. Currently though, there doesn’t seem to be many around. That leaves two options. 1) You don’t fill the position, for now, or 2) You make a compromise. And making a compromise might lead you into 6.5 out of 10 territory. But that is not the end of the world – far from it. In that scenario recruiters can lower their expectations then work on what needs to be developed in the candidate. Many successful people would not be in the jobs they are in if their employers had insisted on a perfect match.

If you look at people who are not a 100% fit, then you have more chance. Some people have performed well in roles and then further developed within an organisation, but were not 10 or 8 out of 10 people at the start. There’s also that phrase that gets used a bit: ‘Hire for attitude, train for skills.’ There is a lot to be said for that.

Learning and development opportunities are a carrot

Something that is important to a lot of people when applying for or starting a new job is knowing what learning opportunities there are. People want to develop, to build their skills – so if they can see that your organisation offers in learning, training and professional opportunities then you are immediately more appealing to them as an employer. They also want to know if there are other opportunities – job opportunities – within the organisation. 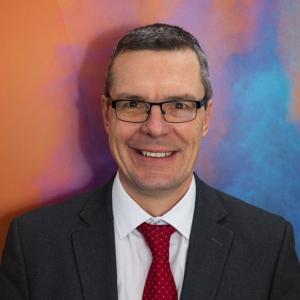 Product Owner at MHR for Recruitment and Onboarding.

Day one is the most important; Successful onboarding

“You only have one chance to make a first impression.” That truism – simple and often trotted-out – applies to the employer as well as the employee. And in the…

Onboarding new starters into your organisation has many benefits, including increased productivity, ensuring compliance is adhered to, and employee satisfaction. The fact that only 12% of employees believe their employer…

What attracts potential candidates to an organisation?

In today’s competitive candidate landscape with talent shortages on the increase, we’ve highlighted 3 key areas that impact your appeal to job seekers, to see if there’s anything you could…