NJC pay-scales: A rise for local governments and a symbol of changing times

Earlier this year, Unison, Unite and GMB debated a local government pay offer which was accepted after drawn-out negotiations.

While there has been pressure on many businesses that have low rates of pay to meet the National Living Wage (NLW), this challenge is even harder to meet for local government services (councils) with tight budgets, following a long period of post-recession austerity.

In response to the talks, this year saw the National Joint Council for Local Government Services (NJC) confirm a two year pay deal for employees on lower pay-scales, such as workers in the voluntary and community sectors.

These pay-scales are negotiated between unions and employers in general and range from SCP 6 to SCP 49 (SCP is Spinal Column Points, a list of salary levels). Some local councils have gone higher than SCP 49, but these are not official NJC scales and depend on the resources of individual authorities.

After the union debates, it was seen as necessary to make increases of various amounts for SCP 6 to SCP 20. The rise represents an additional increase from the rates of pay in April 2017, by a few hundred pounds per year in the resultant April 2018 figures. For example, someone in SCP 28 would have earned £24,964 last year, whereas now the number is £25,463. The changes do however represent a bigger change for employees in the lower pay brackets. The lowest bracket on the scale, SCP 6, has made a jump from £15,014 to 16,394 - well over a thousand pound per year in low paid roles where every pound matters.

In 2019 this rate is set to rise again, with local authority workers being mentioned in Phillip Hammond’s 2018 Budget where he stated: "Local government has made a significant contribution to repairing the public finances and this Budget ensures local councils have more resources to deliver high quality public services." Mr Hammond also made an additional £550M contribution to the Welsh Government, displaying his commitment to compensating public sector workers after the sacrifices many have had to make in recent years where spending was limited. While the pay increases are not part of the budget (having been set before it), the Chancellor’s comments show the governments commitment to paying employees fairly, especially those who have struggled to earn enough in the past.

The key features of the pay offer are:

It’s worth bearing in mind that these changes are just one part of a nationwide increase in wages as part of ‘the end of austerity’, campaigns for different rates of living wage and inflation more generally. For example the National Living Wage was seen as a way to make wages meet individual needs, in cases where the National Minimum Wage wasn’t. This week saw many employers implement the ‘Real Living Wage’ – an even higher rate of £9 p/h which has been independently calculated to be a more realistic rate of subsistence. Several major names have signed up to the higher rate, including Ikea and Google, which shows the increases are going to continue across different sectors. The NJC increases echo this so shouldn’t come as a surprise, but steps need to be taken by businesses to adjust.

Despite lengthy debate, changes are finally in place for the NJC pay-scales meaning an increase in wages, something which may have already started in April 2018 but further increases will arrive in 2019. Here what you need to do now:

A final consideration is the hours your people actually work. If you pay different rates for overtime or attending events for example, the amount you pay may go up more than you realise, as overtime rates will multiply wages which are already being increased as a flat rate.

Here at MHR, we want to ensure that all our customers will have taken every necessary step to ensure their NJC pay scales have been updated and are correct, well in time for the April 2019 deadline. To help with this, we have devised a bespoke service that ensures your people will be paid the right amount when the time comes. For more information about this service, please speak to your Customer Relationship Manager. 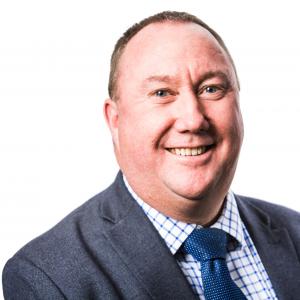 The ‘Great Resignation’ and a generation-high number of job vacancies have brought employee retention issues into sharp focus. Retaining your top people is key to sustained success. Retention rates are…

Day one is the most important; Successful onboarding

“You only have one chance to make a first impression.” That truism – simple and often trotted-out – applies to the employer as well as the employee. And in the…

Onboarding new starters into your organisation has many benefits, including increased productivity, ensuring compliance is adhered to, and employee satisfaction. The fact that only 12% of employees believe their employer…