The education sector is more at risk than ever after a spike in cyber attacks.

Short of time. Pressed by budgets. The pressure of improving results. Schools, colleges and universities across the UK have enough on their plates without having to deal with a very real new threat: that of malicious cyber attacks.

The Foreign Secretary, Dominic Raab, has recently spoken out about the increasing threat of cyber-attacks on the education sector, stating that hostile state actors and criminal gangs want to undermine the foundations of democracy using technology maliciously. In his speech Raab warned that in March 2021, as schools and universities prepared to return to face to face teaching, around 80 different institutions were hit by ransomware attacks, forcing some to delay returning to the classroom.

Like most schools, a Bedfordshire school and community college was aware of the risk of cyber attacks. And like most schools, they thought it would never happen to them. But in March 2021, an attack left the school's servers unreadable, resulting in "the loss of a significant amount of data" and students school grades at risk.

The attack comes a week after a Birmingham college, which teaches 13,000 students, was forced to shut its eight campuses following a “major” ransomware attack that disabled its IT systems and put student course work at risk.

Schools are being targeted more often

The increase in attacks has led to the National Cyber Security Centre (NCSC) issuing a warning that hackers are targeting schools, stating that since late February 2021 an increased number of ransomware attacks have affected education establishments of all sizes. Schools are a big part of this trend.

The Chief Information Security Officer for the Department of Education released a letter following the advisory email sent on the 22nd of March stating that they have been made aware of an increasing number of cyber-attacks involving ransomware infections affecting the education sector recently, notably multi-academy trusts. They have said:

“It is important that as heads of multi-academy trusts you understand the nature of the threat and the potential for ransomware to cause considerable damage to your institutions in terms of lost data and access to critical services, as highlighted in the NCSC Alert. Especially at a time where there is a heavy reliance on technology, additional reporting and a change in the nature of examinations.”

Chief Information Security Officer for the Department for Education.

So why are schools and educational establishments being increasingly targeted by cyber criminals?

It used to be the case that ransomware groups concentrated their efforts on large multinational companies because big corporate budgets and potential business interruption meant large ransom pay outs.

With a duty of care to students and staff, including protecting their personal data, schools may now be seen as easy targets. This may be compounded by vulnerabilities through dated, legacy IT, a lack of resource to maintain adequate security against ever-changing threats, and knowledge gaps in fighting cyber security threats.

So what is the answer?

Right now, the cost and severe disruption of a cyber attack mean doing nothing is not the answer. Cyber attacks are estimated to cost organisations about £3.4 million on average. For schools and colleges, the disruption of restricted access to computer networks, email systems and websites can have a profound effect on learning provision. So now is the time to act…

Cloud-hosting can keep you safe

Letting cloud-hosting experts manage your critical data provides resilience from an attack against your organisation.

Cloud hosting providers support hundreds of customers so benefit from economies of scale to implement industry-leading security technology and processes. This is often far greater security than is possible for the education sector with stretched budgets and resource.

As well as superior security, there are also many other benefits of moving your critical systems to a cloud-hosting provider:

Already supporting over 300 education providers across the UK, MHR provides a full range of cloud-hosted services to protect your data and keep you safe and secure, enabling you to demonstrate your school has a robust backup and data recovery plan.

What makes us unique is our ground-breaking new security solution iTrent Shield. In a first for the HR and payroll sector, User Behaviour Analytics is powered by Artificial Intelligence to learn what normal activity looks like for every user, such as how frequently an HR administrator views employee personal data. If a user’s behaviour significantly deviates from their normal pattern, such as if their account was compromised or they are undertaking malicious activity before leaving an organisation, this is identified, and a security alert is generated for further investigation.

Is it time to upgrade your cyber security? Watch our on-demand webinar for top tips to keep your data safe and secure. 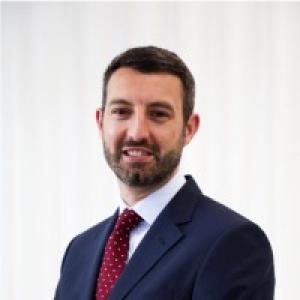 Having the right systems and processes in place is critical to keeping your organisation secure and everyone has a part to play. Read our top tips to ensure you’re prepared…

Cyber-attacks are a significant and increasing threat for organisations across the world. With many businesses, from large through to small, heavily reliant on IT systems, no business can escape the…

The attack encrypted vast amounts of data, taking many organisations offline. The attackers have demanded $70m for the key to decrypt the data. The root cause of the attack was…