The Gig Economy: the Good, the Bad and the Future

Depending on who you are listening to, the gig economy is either the best or the worst thing to happen to the world of work.

Some see it as a much-needed antidote to a humdrum nine-to-five existence, empowering them to work with freedom and flexibility. Others focus on the precarious nature of gig work and its potential for exploitation. So which one is it?

To find answers, let’s take a closer look at what the gig economy is, what it offers, and what it means for the future of work.

What is the gig economy?

The gig economy describes the growing number of people going their own way through freelance and contract work – any situation where the individual is paid per job, or ‘gig’, as opposed to receiving a regular salary or wage from an employer.

While the term ‘gig economy’ is fairly new, there has always been a market for freelance, pay-per-job work. In fact, prior to the industrial revolution and the rise of the employee-employer contract, this type of work was the norm. Since then, the security of a steady job and salary has made full-time employment the preferred approach.

Until fairly recently, most people followed a typical career path: get educated, get a job, stay in that job and reap the rewards. This was like an escalator taking you automatically upwards to better positions, more money and a comfortable retirement – all you had to do was get your head down and play by the rules.

These days, due to the ever-changing nature of work, there is no such thing as a ‘job for life’. Things are in a constant state of flux – whole industries have been created in the last few decades alone, with many set to disappear in the coming years. At the same time, attitudes to work are changing, with younger generations increasingly rejecting the predictability and stability of the traditional career path in search of a more varied, interesting and flexible one.

The recent resurgence of the gig economy could be seen as an extension of this attitude, supercharged by modern mobile technology – in particular platforms such as Uber, Handy and Deliveroo, which connect gig workers with willing customers in exchange for a cut of the proceeds.

Full-time employment isn’t for everyone – the lack of freedom, flexibility and ownership can lead to some feeling disengaged from their work. The rise of the gig economy has made it easier for people to take their work lives into their own hands, giving them the freedom to work when and where they want. This can be particularly attractive and lucrative for skilled professionals such as web developers, who can leverage their skills for maximum advantage.

In full-time employment, the employer essentially owns your skills; they have the right to use them as they see fit, in line with your employment agreement and job title. This way, the employer buys the rights to your skills for a monthly fee – your salary. In the gig economy, the individual has full control of how they use their skills and knowledge. In many cases, this allows skilled professionals to increase their income, as their earning potential is unlimited.

Unlike traditional employment, gig work focusses on results rather than processes. Gig workers are judged and paid based on their ability to deliver outcomes, but how they get there is completely up to them. This allows gig workers to tap into their natural reserves of intuition, creative thinking and self-reliance.

Gig work also has the potential to be more meaningful. When you decide to cut loose from an employer and go your own way, your work becomes more personal. There is less separation between what you do for a living and who you are. And the simple fact that you are building your own brand rather than someone else’s makes this type of work intrinsically motivating.

Seen this way, you could even argue that the gig economy has the potential to cure the employee engagement and productivity crisis we are currently seeing, by allowing individuals to take ownership of their work and its direction.

There is, of course, a darker side to the gig economy. In the absence of a steady salary, paid sick leave and other benefits, the chances of financial insecurity are much higher.

App-driven platforms such as Uber and Deliveroo have completely disrupted the market, opening up the gig economy to pretty much anyone, regardless of skills or experience. But these companies are rarely out of the news, due to their perceived exploitation of workers – or ‘independent contractors’, as they are officially known.

Deliveroo riders are currently paid per delivery, not per hour. So if they manage three drops in an hour, they make well over minimum wage. But the on-demand nature of this job means that riders can spend up to an hour waiting to be assigned a delivery – without getting paid. Over the course of a shift, they can end up make less than the minimum wage. And with no sick pay, what happens if they fall off their bike and break a leg?

This puts such workers in a precarious position. If you can’t even be guaranteed to make minimum wage – that is the amount officially designated as the baseline for self-sufficiency – not only is it a challenge to make ends meet on a day-to-day basis, but the long-term propositions are also particularly grim. Earning irregular amounts can make it very difficult to rent a property, secure a loan or get a mortgage, let alone saving for retirement.

How much a gig worker makes depends on the skills they have and the value that they bring. This is similar to full-time work, but much more direct, and without the safety net of basic employee rights – there is no minimum wage, just the value of the gig. And this is the problem with working as a delivery driver or rider – it is unskilled. Anyone with a driving license or bike can do it, meaning those that do have very little bargaining power.

The gig economy can be a world of opportunity or a world of potential hardship – it all boils down to what skills you bring to the table. Those that thrive have something that people need but that not many people can offer.

The way we work is changing. Younger generations no longer want to be tethered to a desk all day, working for the same company for years on end. Millennials and Gen Z – the very people set to dominate the world of work over the next few decades – are more resilient to change and uncertainty. They also crave meaning and ownership in their work – something that is very difficult to find in typical full-time employment.

Gen Z in particular have grown up in a world shaped by the internet and mobile technology, with no connection to a time before it. The chances of this generation embracing a way of working rooted in the twentieth century are virtually nil.

Organisations will have to adapt, too. In the light of constant change, they will be forced to become more flexible, agile and streamlined. Having a large workforce of permanent, full-time employees will make this increasingly difficult.

When you bring all of this together, it’s clear that the gig economy will continue to grow. The next few decades could even see the end of the full-time position as the prevalent mode of employment. Instead, organisations may function on a skeleton staff of decision makers and leaders, dipping in to the global talent pool of gig workers to fill in the gaps. These workers will be drafted in to work on projects, with short-term contracts lasting days, weeks or months. Organisations and workers will develop broad networks of contacts along the way, helping both to shape and sell their brand.

While many will greet the changing nature of work with enthusiasm, others will actively resist the shift away from stability and predictability and towards the relative unknown of gig work. But the time when full-time jobs were secure is now long gone – almost no full-time employee today can guarantee they will be in the same position in a year’s time. Add automation into the mix and you’ve got a job market that is unpredictable and uncertain. For this reason alone, freelance and project work may well be the future for most people – whether they like it or not.

Success in the gig economy – and in the future of work in general – will all come down to having the relevant skills. While there is still a big market for unskilled work today, this will be eroded by automation over time. Jobs like Uber driver will only exist until driverless cars become the norm. In the future, skilled work may well be the only type there is. This will make continuous, life-long learning more important than ever.

To find out more about the gig economy, read Andy Davies' guest blog The Gig Economy is Not Just About Uber! 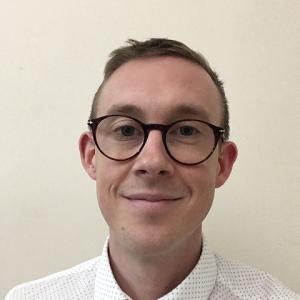 The potential for increased productivity and improved morale that leads to better retention has resulted in a lot of companies adopting it as a more permanent part of operations. However…

The concept of time tracking isn’t new either. Ever since Willard Legrand Bundy invented the time clock in 1888, time tracking has evolved from rudimentary timekeeping to advanced comprehensive time…

To Tackle Burnout, We Must First Understand What Causes It

According to the World Health Organisation’s International Classification of Diseases, it is described as: A syndrome conceptualized as resulting from chronic workplace stress that has not been successfully managed. It…