Gender Pay Gap Reporting: Why You Should See It as an Opportunity

With just over a month until the gender pay gap (GPG) reporting deadline, less than 15% of eligible organisations have published their results, with some experts predicting that a sizeable proportion will fail to make the early-April cut-off.

No doubt many employers view GPG reporting as an administrative headache – a box-ticking exercise, and potentially damaging too. And with no financial sanctions for non-compliance, some organisations may even be questioning whether it’s worth the hassle.

But that misses the point. The purpose of GPG reporting is not to single out employers for public ridicule, but to better understand the differences between the average pay of men and women in the UK, and to then consider new ways of bringing parity to working practices. With this in mind, organisations should see the process as an opportunity, not a burden.

A chance for change

The reporting process is an opportunity to gain valuable insights into your organisation’s pay structure and culture. The vast majority of employers likely see themselves as forward-thinking when it comes to embracing and supporting equal opportunities for men and women, but due to deeply ingrained assumptions around gender roles and expectations, pay gaps persist.

The reporting process helps organisations shine a light on their gender pay practices, and from that comes an opportunity to effect positive change.

In addition to publishing a gender pay gap, you have the opportunity to give context to your results by providing a narrative – a written statement explaining why their gap exists. There are numerous likely causes of a pay gap, both internal and external, and these will differ from sector to sector.

This is also an opportunity to explain the steps you have taken or will take to address the gap – something your employees and customers will no doubt take a keen interest in. Although preparing a narrative is optional, it is strongly recommended that organisations take the opportunity to contextualise and explain their results, especially if their gender pay gap is larger than average.

Take the example of EasyJet, who last year revealed a whopping gap of 51.7%, meaning the average hourly rate for women is 51.7% lower than for men company-wide. On face value, such a huge gap looks indefensible, but with the benefit of context we see that it reflects a wider issue in the aviation industry, where high-paying pilot jobs are dominated by men and lower-paying cabin crew positions are predominantly held by women.

Rather than being the fault of one airline, this reflects the deeply entrenched culture and stereotypes in the airline industry. Through its narrative, EasyJet was able to explain this – as well as the fact that it has an equal pay policy, meaning all pilots are paid the same amount, as are all cabin crew staff, regardless of gender. It was also able to outline the steps it intends to take to close the gap, such as setting a target that 20% of its new pilots will be female by 2020.

Without a narrative, we are left only with a number – often strikingly large – with no way to unravel the many contributing factors. As a result, organisations that publish their gender pay gap results without a supporting narrative risk a more negative response.

And remember: the process of explaining the reasons behind your pay gap and the measures you are taking to address it is not just for the public, it’s also a chance for your organisation to better understand its own practices and seek new ways to modernise its culture.

To publish or not to publish?

Given that there are no financial penalties outlined in the Gender Pay Reporting Regulation (GPGR) for non-compliance, some organisations might be tempted not to publish their GPG at all. After all, isn’t it better to avoid public scrutiny?

The answer, of course, is no.

Although no fines will be levied under the GPGR, failure to publish data could result in the Equality and Human Rights Commission (EHRC) investigating non-compliant employers. The EHRC will work alongside the Gender Equalities Office (GEO) to monitor employers that fail to publish their GPG by the April deadline, seeking first to engage them informally through a reminder notice. If an employer then fails to acknowledge the reminder within 14 days of receipt, or then fails to publish their GPG report within 42 days of receipt, the EHRC will open a formal investigation, which could ultimately result in financial penalties.

While the EHRC may also take action in the case of inaccurate GPG data, it’s focus will be on pursuing organisations that fail to publish their results.

From a reputational perspective, not publishing your GPG is likely to be far more damaging than publishing it. GPG reporting is overwhelmingly seen as a positive step in the right direction, and any employers seemingly unwilling to get on board will be viewed as part of the problem rather than part of the solution. Opting against reporting looks like you have something to hide, and is likely to upset employees and customers alike. While reputational damage is hard to quantify, organisations will be no doubt be wary of anything that affects their brand image and upsets their customer base.

Assuming that employers honour their obligation to provide equal pay for equal work, as enshrined in the Equality Act 2010, there will be no legal action or financial penalties for reporting a GPG gap. However, if companies are found to have an unexplainable gap in pay between men and women, their public reputation will be tarnished and they will find it difficult to attract and retain staff.

Turning a negative in to a positive

Organisations that want to turn their gender pay gap into an opportunity to make positive changes should use the reporting process to develop a clear strategy for addressing the particular issues that have led to that gap.

The role of HR software

Gender pay gap reporting may seem a daunting task, but HR software can make the process much easier, while ensuring that your data is accurate and complete. Set yourself up with a reliable software provider, and make sure you fully understand the gender pay gap functionality available.

MHR’s award-winning iTrent software allows you to extract the data you’ll need for your gender pay reporting, meaning you have access to all the information required to put together your gender pay gap results. To learn more about how iTrent can help you manage all aspects of your payroll, click here. 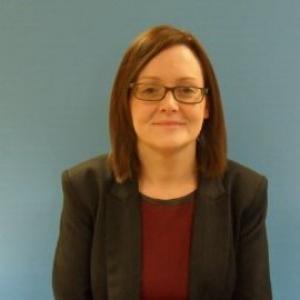 Rachel is a payroll legislation specialist and business analyst at MHR, with a particular interest in gender pay gap reporting.

The UK is renowned for its long hours culture, with workers averaging around 36.5 hours per week, and many people working as many as 60 or 70 hours per week…

Why Bad Managers Could Be Ruining Your Business

There are countless articles stating that bad management is a problem – we’ve probably all read the line that “people don’t leave bad employers, they leave bad managers.” But now…

To train or not to train?

Would you be happy knowing the chef in the kitchen had no knowledge of food hygiene basics? Is it sensible to take a doctor’s advice if they have no medical…