What is data maturity?

What is Data Maturity?

What are the stages of Data Maturity?

What are the benefits of progressing in the data journey?

How do I determine what stage of Data Maturity my organisation is at?

Once upon a time, long ago, the data produced by a business was seen as nothing more than another piece of nostalgic memorabilia.

Information across the business would be recorded and handed to the secretary who would file it away in a lonely corner where it would face the inevitable fate of collecting dust for the next quarter of a century.

But things have been changing over the past few years…

Firstly, the amount of data we produce has been rapidly expanding and it’s predicted that by 2020 there will be 43 trillion gigabytes of data created – an increase of 300 times from 2005.

On top of this, technology has been swiftly advancing and now the power of Business Intelligence (BI) and Analytics has made it possible to dissect complex data to draw meaningful results from it.

And finally, and perhaps the greatest change of all, is the attitude towards data. Rather than simply being filed away in case of emergency, data is increasingly being recognised as a modern commodity and this is changing many organisations’ approach to what they do with their data.

In short, the big data revolution is here.

2. What is Data Maturity?

But what does this have to do with the term “data maturity”?

Well, as the opportunities that data holds are opening up, organisations essentially have the choice as to what they do with the data that they produce, and this is exactly what data maturity refers to.

We can define data maturity as:

“The extent to which an organisation utilises the data they create”

It attempts to ask “how much value are you getting out of your data?”.

And an organisation’s answer to this question will determine their level of maturity.

3. The Stages of Data Maturity

We can think of data maturity as a journey. As you start to use more sophisticated techniques to analyse your data, you’ll start to progress in your data maturity journey.

The more an organisation use their data, the more data mature they are, and consequently the further along in the data maturity journey they are.

The stages of the data maturity journey can be defined as the following:

Reporting is limited to tasks that are critical for business operations, with no formal BI & Analytics tools or standards in place to support this. Spreadsheets are generally used as a primary means of reporting.

BI & Analytics are in their early stages of implementation and are used to report on activity across the business.

Using tools like scenario planning, BI & Analytics are used not just to report on what’s happening, but to plan for the future.

Data Analytics is used to predict what will happen five, ten, even twenty years from now and can even be used to pinpoint the key drivers of trends.

Users no longer have to input variables into the system to predict future outcomes. Instead, Machine Learning and Artificial Intelligence make it possible to detect issues before they’re even considered.

4. Benefits of progressing in the Data Maturity Journey

Deloitte’s recent study revealed that data mature organisations that embraced analytics had a competitive advantage over their less mature counterparts. Here are a few of the benefits they found:

5. How to determine your level of Data Maturity

After working with organisations of all different shapes and sizes, we’ve identified the characteristics that define the various stages of the data journey. 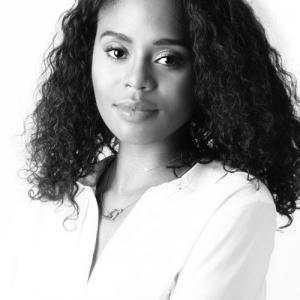 Oletta Stewart is a Content Writer for MHR Analytics.

A wasted opportunity? Don't leave BI tools on the shelf

Paid for but not used: why Shelfware exists No CTO would intentionally purchase software for it not to be put to use. And yet the estimated cost of unused software…

2020 will see the first wave of executive pay ratio reporting from large companies in the UK. Although most of these companies will already have reported their gender pay gap…

iTrent hacks - getting the most out of Electric

iTrent Electric's user interface and navigation hugely improve the experience, with users able to create their own branded areas and get a system that feels far more personal to them…