What does the new Job Support Scheme mean for business?

The Chancellor, Rishi Sunak has announced the successor to the current 'Furlough' scheme, which will commence in November following the closure of the current scheme at the end of October.

While the full details of how the scheme will operate are yet to be revealed, MHR’s legislation expert, Neil Tonks has outlined the basic principles of the new scheme.

What is the new scheme?

The Job Support Scheme has been designed to protect jobs in businesses facing lower demand through the winter due to Covid-19, by allowing employees to work fewer hours than normal and providing a top-up to their wages in order to protect their income and enable them to keep their job.

The scheme will begin on 1 November 2020 and will last for six months. All small and medium sized businesses will be able to access the scheme, but larger businesses will need to be able to show that their turnover has reduced due to Covid-19.

How will it work?

Employees will be required to work at least a third of their "usual" hours, for which they will be paid at their normal rate by the employer. This threshold may be changed by the government after three months.

For the hours not worked, the government will make up a third of the normal pay (up to a cap of £697.92 per month) and the employer another third. The remaining third will not be paid. This will mean that unless the cap comes into play, the total income of someone working a third of their "usual" hours will be 78% of the normal value, and correspondingly higher if a higher proportion of the usual hours are worked.

Tax, NI and pension contributions will apply to the support payments in the same way as any other employment income.

It will not be a prerequisite that the employee has previously been furloughed under the current scheme. It will be available in respect of any employee provided they've been reported on an RTI submission on or before 23rd September 2020. Employers will be able to use the new scheme and claim the Job Retention Bonus in respect of the same employees.

The process will be like the previous scheme in that the employer will pay the employee their wages plus any support payments through payroll using the normal pay cycle, and then reclaim the grant from the government through an online portal. For the new scheme reclaims will be made monthly in arrears.

Here are some other points you should know: 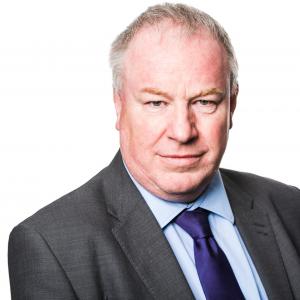 Neil is a leading legislation expert at MHR.

iTrent is forever developing and is designed to support you regardless of the size and complexity of your payroll processes. Our automation features allow you to save time on various…

The Legal Landscape in 2021: What can we expect?

Uptake in emerging technology Arguably, one of the positive legal trends to come out of the pandemic is the acceleration in technology adoption to ensure businesses are able to work…

Earned wage access: the most important payroll benefit in a post-Covid world

The outbreak of Covid-19 has brought about great change. For the financial lives of working people, sustained reduction in wages has meant their financial resilience has suffered. Businesses looking for…