Sustainability, an increasingly relevant topic, has taken over the global stage in businesses' priority. Organisations are quick to adapt to what is required of them, but as we become more sophisticated in our knowledge of the topic, what was once was acceptable is no longer. Although, that is what sustainability should be, a continuous commitment to seeking the latest innovation for sustainable practices.

In a recent report, New Climate Institute analysed 25 large-scale organisations’ ‘net zero’ targets – a commitment to 100% decarbonisation of their full chain emissions – and just 3 of the 25 companies had transparent plans in place to achieve their headline pledges. Who is to blame? We are seeing adverse effects on the economy from the pandemic, competition is fierce and sustainable practices aren’t cheap. Customers and suppliers are now demanding evidence to make sure they are working with someone with the same strategy as themselves, because not only are businesses responsible for their own emissions, but the scope has also increased to their supply chain. Requirements for what is acceptable are rapidly changing – and rightly so, businesses are expected to be pro-active and adapt.

In outsourcing and distribution using third parties, a lot of trust is placed in the hands of individual suppliers. In previous years, an audit involving a long and time-consuming paper trail would be undertaken to establish credentials, and even with digitalisation, data is easy to falsify and would only stretch to direct suppliers.

What if there was a much quicker and cost-effective way for businesses, suppliers, and customers to do their due diligence? Well, there might be, using blockchain technology.

Blockchain technology is a method for storing information electronically in a secure manor. Simply put, a blockchain is made up of ‘blocks’ that collate and store data, and then connect to other blocks forming a chain. Therefore it will be much easier to research an organisation’s sustainability using this technology, and all supply chain partners on the blockchain will have shared transparency. So rather than the cumbersome process of querying and researching suppliers to make sure they are doing their bit for driving sustainable practices, blockchain covers that procedure in an instant.

The exciting value of blockchain and its relevancy to sustainability is that it guarantees the fidelity of its information because once uploaded, records cannot be changed – making its data immutable. Ideally, the responsibility for validating one’s own data in the blockchain would reside with each organisation, however, this would require a fundamental factor which could only be confirmed by an independent third party – trust. Some non-profit organisations are challenging the authenticity of other organisations’ sustainability practices who could adopt this role and leverage blockchain to optimise their existing processes. In partnership with blockchain experts, harnessing this concept could propel global sustainability. An alternative, and perhaps a more manageable solution, could be using organisations within the supply chain to validate their neighbour’s blocks added to the chain. And since all businesses are known - due to it being a ‘private blockchain’, it would be significantly easier to trace any corruption or misuse of the chain.

Now, a huge obstacle for this idea is that the majority of blockchain technologies are notoriously unsustainable – ironic, right?! Hence, why for this to work, and something that should be explored further regardless, is a more energy efficient solution for maintaining a blockchain. However, as this concept would be a ‘private blockchain’, which requires authoritative stakeholders to validate data, it would use considerably less energy in comparison to a traditional ‘public blockchain’ that uses huge amounts of computing power -  which is perhaps where blockchain has received its energy consumption reputation.

In addition, anyone considering using blockchain should ask themselves, can they achieve the same outcome without blockchain? There are, of course, alternatives but would they be as effective? The possibility of a decentralized network chain that can be queried instantaneously to check an entire supply chain’s sustainability practice sounds unmatched.

Practical use cases for blockchain in the sustainability domain are rising. Connecting Food authenticates and traces food origins, to ensure it has been produced sustainability and ethically. The likes of tentree are using blockchain to monitor and track where their fibres are sourced.

Whatever the merits or future of blockchain technology in helping address sustainability issues for businesses, it is clear more needs to be done. And blockchain technology may just be the ‘disrupter’ that is needed! Except there is a still a requirement for businesses to champion this concept to improve the effectiveness of how we all obtain trusted data, and if executed correctly, ‘greenwashing’ will be consigned to the past. 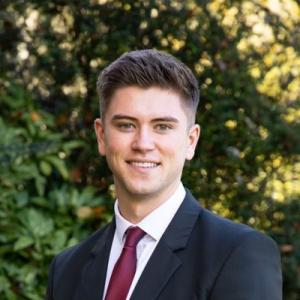 Why sustainability is important in business

What do we mean by sustainability? Media exposure has put sustainability front of mind for many people. However, in business, ‘sustainability’ is a lot more than a trendy buzzword trotted…