Sad Santa a victim of the gig economy

While taking days off to shop for presents this year, don’t forget to spare a moment to consider the appalling working conditions faced by the original mobile worker, every single year.

Mobile working is frequently described as a better method for work/life balance, but for one elderly seasonal worker, the demands put on him over the Christmas period are just too much, leading to this old man drinking excessively and comfort eating, under the stress of unrealistic working demands. On top of this, he must support a wife, several pets and run a busy manufacturing and distribution start-up, with a workforce comprised mostly of workers more used to fur-trapping and sheep-herding than the demands of modern commerce.

This man, one S.Claus of Lapland, is well aware of the challenges modern business brings, wearing many hats as a worker (although one very specific one around Christmas) and understanding the challenges of the modern world; even though he has been working longer than most people. He is:

This means he struggles with work-related stress and sometimes over-indulges…Mr Claus clearly has a lot of daily stresses and rarely gets rest, yet he feels compelled to work long periods of overtime, in two separate jobs (manufacture and haulage), mostly due to worries over his reputation and struggles to make ends meet, given he allows many shipments to be delivered for free; without the benefits that registered charity status would give him.

Like many other people with overwhelming work demands ‘Santa’ (as he prefers to be known) seems fine, always the heart of the party, enjoying an occasional tipple and a mince pie, jingling bells, hanging out with elves and reindeer alike, a charismatic man dressed in a cheery red suit…with an unforgettable booming laugh…

But beyond the beard, all is not as rosy as Rudolph’s nose. On a day when most of us are excused from work, Santa has an above average commute, often trapped behind gas-fires for long periods, resorting to posting gift vouchers through the gaps in lieu of bulkier traditional gifts – another issue he faces is adapting to this era of technological advances, meaning his team have to work extremely hard to craft games consoles with basic carpentry tools and his production team are slow to change their methods in general – a lack of skill development is disastrous for all employees across the board.

Despite all he does for us, this poor man is forced to suffer while we enjoy a break and do we think about this? Well do we?!..

…Sorry, Santa’s story had clearly got to me. Let’s look at how this kind of scenario affects people in your business and what you can do to make their Christmas merrier, as well as making their new year more productive and worthwhile than any which have gone before.

Make sure your team aren’t left out in the cold this Christmas but gifting them the gift of better Workforce Management! 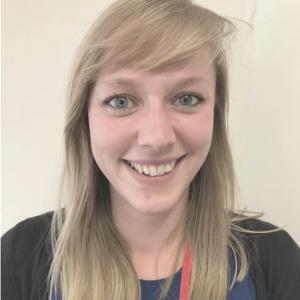 Using dress codes to engage with your employees One-off or annual cultural events, like Christmas Jumper Day for example, can become a quick and easy way to engage employees, even…

The Feasibility of the Four Day Week

The most prolific of these was a New Zealand company who, following a successful trial, are officially implementing a four day working week, without any changes to pay for employees…