Profit is not a dirty word

A quick scan across social media or glimpse of the tv news during the cost-of-living crisis may give the impression that “profit” is a dirty word. While some businesses are indeed reporting record profits, it’s important to remember that profit is vital to business sustainability.

When we talk about profit, we generally mean ‘net profit’ – the income left after all costs have been subtracted from total revenue.

The dictionary definition of “sustainable” is “able to be maintained at a certain rate or level”.

When people think of sustainability, it’s often environmental sustainability that comes to mind first. While every business’s contribution to protecting the environment is becoming increasingly important, the reality is there wouldn’t be a business to provide that support if the business wasn’t sustainable, ie profitable.

The benefits of generating revenue (and paying people)

Before we consider the benefits of profitable businesses, we should look at the benefits an organisation’s existence and revenue generates. Firstly, there’s payroll and the impact simply paying people has on broader society.

Take a company with 100 employees earning an average of £30,000 per year. That’s £3M in wages – the vast majority of which, after tax, will get re-circulated within the local and broader community. Income tax on that £3M will go to the government. Employer and employee national insurance contributions will go towards pensions and propping up the NHS. Some of that £3M will be saved or invested – it won’t deliver a guaranteed outcome, but the likelihood is that at least some of that money will grow. Also, there’s the fact that people earning wages or a salary means lower benefits being paid out by the government.

A business’s costs include investing in training and development – which benefit not only that business and employee at that time, but also that employee’s development and ongoing employment prospects. However, revenue alone won’t make a business successful or sustainable if that revenue doesn’t exceed – long-term – the business’s costs.

Many companies also support good causes through pre-tax financial or “in kind” contributions. These causes will vary significantly. Some will have an environmental focus; others may focus on supporting people in developing countries or UK health-based charities. Smaller businesses may keep things local by way of scholarships or supporting a local charity or community group.

Businesses need to make a profit

A sustainable business needs to be profitable. Though in tougher times or expansion phases they may run at a loss from time to time. Even a not-for-profit organisation (typically a charity) needs revenue to outstrip costs – though it’s called “surplus” in this sector, not profit.

If a company or organisation doesn’t make a profit or surplus it will go out of business sooner or later. People will lose jobs – with the numerous negative knock-on effects that will entail.

The benefits – what do businesses do with their profits

They pay tax. Then they pay their owners or shareholders. They may also pay a proportion out to employees as a reward for performance. Many will also re-invest it in the business. Money will circulate.

Most importantly, profit is the key factor in a business being sustainable in the most literal of senses – it means it will keep trading, buying and selling goods or services and paying people. When a business is set-up, bought or going well it is also likely to go through a growth phase: £3M in wages will become £4M. £10,000 given to good causes becomes £15,000. £8,000 spent locally each month by employees becomes £10,000 and so on.

Profit can be calculated in percentage or pure monetary terms. In percentage terms what is “healthy” or regarded as “success” will vary from industry to industry. Percentages don’t necessarily mean much when comparing small with large companies – 5% net profit on turnover of £100M is £5M and 20% profit on turnover of £6M is £1.2M. Despite the lower percentage, a lot more will be done for the broader good with the larger company’s profit.

When money circulates within a community or broader society there are numerous tangible benefits. And as that money increases so do those benefits.

Profit isn’t a dirty word – it’s key to business sustainability and all the benefits that brings. 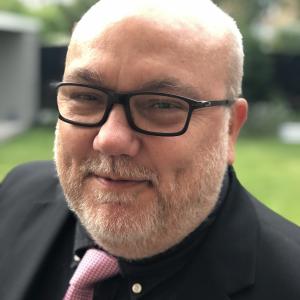 According to the World Health Organisation (WHO), more than one billion people have one or more accessibility needs. Accessibility for all should no longer be a ‘nice to have’, but…

What is ESG? Why report on it? Deloitte defines it succinctly: “ESG stands for environmental, social and governance. These are called pillars in ESG frameworks and represent the three main…

Accounting for ESG - What does ESG mean for the Office of the CFO?

Whether it is compulsory or not, the public, investor, regulatory and political mood is driving demand for more accountability and action. It means that finance functions of all sizes in…