Men’s Health Week: How to be there for men when they can’t ask for help

There has been a real cultural lack of discussion about men’s health, with language around men who are struggling to cope often very negative.

If men begin to drink too much, become despondent, quiet or moody, or argue more, the correct response is to ask if they are OK. More likely though, men will be described as moody, aggressive, angry, out of control, a mess, a loser – this language is only going to make the men it refers to feel even worse about themselves and less likely to open up.

What are the cultural perceptions?

There is another issue in that we celebrate negative aspects of masculinity rather than intervening. Open any men’s magazine or watch any film aimed at men, and these traits are apparent. A real man, we are informed, is one who is a hard-drinking, fighting cowboy who stays silent about what bothers him, only expressing himself by shooting his rival. He is the James Bond type, working long hours before drinking (again), gambling and never finding a meaningful relationship. He’s the soldier on the battlefield struggling to hold it all together, he’s the absent father, entirely to blame for a broken relationship, the boxer with nothing left and he has to do all this while being charming, in great shape and without support.

This image needs to change. Because men, well, they’re people too; not just action heroes.

Realistically, we all go through stressful periods in life, whether that’s the result of work stress, family life, financial pressure, health concerns or something else. However, very few men are open to discussing these subjects honestly and in detail, except perhaps after a few beers – products marketed predominantly at men, but which can lead to violent outbursts, something seen as a masculine trait.

The idea of men as inherently aggressive or violent is likely to cause low self-esteem in men, who feel saying or doing the wrong thing may lead to unwarranted stigma. When anxious about saying the wrong thing, men who actually are having struggles with anger issues are less likely to open up when they need help the most. The image of men needs to change so that they can express what they are going through safely.

Where does this lead?

The sad irony is that men, perhaps as they can’t discuss anger openly, commit 86% of violent crime and are twice as likely to be a victim of violent crime.[1] Outbursts of this kind are a possible indicator of mental health issues boiling over, something which does not receive the attention it deserves.

Aggression and anger (luckily) do not always manifest themselves as violence. Clenched fists, pacing, and swearing are all pressure valves for letting repressed emotions of fear, sadness and disappointment hiss out in a less unacceptable manner.

While these actions may go no further, they could be a strong indicator of an imminent explosion, or unexplained implosion – in too many cases suicide is a high risk.

In 2016 men represented 76% of all suicides[2] which is a shockingly high number, especially when considering that 87% of rough sleepers are men[3]. It seems that those who fall under the radar and do not take their own lives may be in danger of losing their lives in other ways.

Men are suppressing their emotions

Proof that men struggle to speak about their problems is even evident through word choices. A study by NSPA showed that men expressing their emotions found descriptions like feeling ‘angry’, ‘a bit weird’ and ‘emotional’ as inaccurate or having the wrong connotations[4]. The terms the men who were surveyed preferred to use to describe themselves were:

These terms are less specific and slightly non-committal, so the perception may be that men using these terms are likely to subtly suggest they need support, rather than screaming out that things are close to breaking point – a point at which a lot of damage may have already been done.

Again, the inability to convey mental health issues effectively may be a factor in suicide, with 6,122 UK men taking their lives in 2014 for example. Tragically, one man every two hours[5] will needlessly disappear from the world, which needs to stop.

The other ingredient for poor communication over men’s mental health is the unwillingness to speak up when things are bad.

A 2016 study for the Men’s Health Forum explained that ‘34% of men said they would be embarrassed or ashamed to take time off work for mental health concerns such as anxiety or depression compared to 13% for a physical injury’[6].

This statistic is very telling and indicates that mental health is viewed differently than physical health, and men are aware of a stigma which may or may not exist within their place of work.

Jim Pollard from the Men’s Health Forum points out ‘the language we use needs to put the individual in control.’[7] This is because macho norms can mean men will not speak up if they fear judgement.

Men also react poorly to being told what to do for the same reason. As a result, messages like ‘don’t do that!’ over smoking, drinking, diet or wellbeing have had limited effectiveness with men[8], so there is no reason to think this approach would work differently for mental health issues.

Further proof of this is that ‘men are three times as likely to report frequent drug use and nearly three times more likely to become alcohol dependant than women.[9] These are often solitary acts and at the extreme end of these abuses are the drug and alcohol dependent rough sleepers we’ve all encountered. These who are usually men – perhaps men who couldn’t ask for help before things got too bad.

Why men hide their feelings

Time to Change have previously taken to Twitter to get comments from the public about mental health issues which men experience.

Many of the issues we have looked at so far were reiterated here in a much larger, if more general method of research.

When asked what might make opening up about mental illness difficult for men, people said:

‘’People often don’t think depression is a real illness. That goes for both genders though.’’

Which backs up the statistics around men not reporting mental illness as often as physical problems.

‘’Being judged by other men. All about ego and stigma. End of the day, illness can strike anyone.’’

Echoing the idea of a macho culture and showing men feel judged, even though ‘’illness can strike anyone’’.

‘’Lots of people are frightened by mental illness. Perhaps some men don’t want to be seen as scary monsters.’’[10]

This is an interesting point, as it shows a stigma which the research has not truly discussed, which is male aggression, often the way men express their loss of control.

Men’s mental health and how to spot problems

We’ve seen men are at high-risk for mental health issues, substance abuse and suicide, and yet are much less likely to ask for help.

If you think you may be struggling with your mental health or there’s a man out there who you think needs assistance, look out for these warning signs, as advised by the National Institute of Mental Health[11]:

If these characteristics seem familiar, it’s crucial that you or the men you care about speak to the right people. There is a list of resources at the bottom of the page and a downloadable guide with some further advice on self-care.

What to do now

Going through mental health problems is hard for everyone. For men it can feel like talking is not an option and that it’s better to bottle everything up and look after our friends and families first, but we need to look after ourselves as well. Opening up and talking or admitting we can’t cope doesn’t feel like ‘the manly thing to do’, but that needs to change if we want to avoid self-destructive behaviours in men. As men, if we don’t learn to accept and address our mental health struggles, then we stand to lose everything.

Falling behind at work and losing our jobs. Losing our homes and possessions as a result, losing our partners, losing our tempers…if we don’t lose the inability to have a conversation, we stand to lose everything that matters.

Too many men are suffering in silence, with too many disappearing for good because they couldn’t ask for help. As men, I feel we are strong enough to accept we are sometimes weak, and we can beat our problems through talking to others and being there for friends when they struggle too.

Don’t give up, because if you are still surviving against the odds, then getting help means you will become unstoppable. You’ll become happy too, that’s what really counts. Here are some good resources to get started or for you or any men you know: 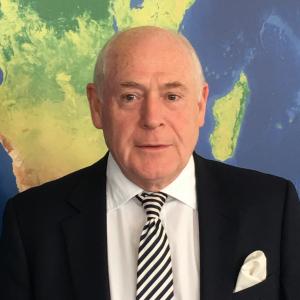 Paul brings over 40 years of experience in both using and supplying business solutions for the public and private sector and has made significant impact in transformational change implemented in organisations he has been responsible for. Paul has a passion for making a difference by providing effective outcomes and achieving the highest levels of performance.

How to communicate with staff about sensitive issues

As part of this role, there will, unfortunately, come a point in time for most managers when a difficult conversation will need to be had with an employee – whether…

How businesses can help remote workers with their mental health

While more than 60% of people want to stay working from home after COVID-19, this unprecedented change brings new stresses, issues and challenges ahead. “We live in an age where…

Despite significant progress on mental health awareness in recent years, there is still a long way to go to tackle mental health issues in work, as employees battle with workplace…