Cultural intelligence (CQ): knowing how to drink your chai, cha, zavarka or tea

Are you aware of how much your own cultural script influences your thinking behaviour and assumptions? How could you shift your perspective and put yourself in someone else’s shoes? How could you start to develop greater CQ?

Tea is the world’s most widely consumed drink, coming only second to water! Yet tea consumption around the globe has a wonderful diversity of customs, rituals and traditions depending on the culture in which it is drunk. Russians sometimes add jam to their tea, Indians sometimes masala while the English sometimes add milk. The world is a fascinating blend of diverse cultures, customs and traditions. When it comes to people skills, the business world had previously put an emphasis on IQ and then also realised the need for leaders to have emotional intelligence (EQ). Now, with the increased technological connectivity that companies have access to, they can truly operate in a global marketplace and find the need to do so essential for business success.

It is amazing to think how far technology has progressed. We can be working from the comfort of our own home while collaborating with team members and colleagues on the other side of the world! The world has truly become smaller and more than ever CQ or cultural intelligence has become a key skill for business leaders to develop. Working in diverse teams and across cultures means that businesses have access to greater knowledge, more resources, a range of people talent and a dynamic working environment that isn’t restricted to one single geographic location. However, working across cultures can be challenging and leaders with low levels of CQ could foster a dysfunctional team environment which can negatively impact the outcome of any project and ultimately the bottom line.

According to David Livermore, the president of the Cultural Intelligence Center in Michigan, US, 90% of business leaders from 68 countries have placed CQ as a key skill and priority for their business to remain competitive. Developing CQ improves communication, reduces misunderstandings, and enhances teamwork and performance. As we are required to collaborate efficiently with colleagues, managers, subordinates and partners from different cultures, whether in our own workplace or around the world, the need to develop CQ has become crucial.

Culture is to people what water is to fish, people are immersed in their own cultural scripts based on their own set of values and assumptions. When we apply our own standards of interpretation to the behaviour of those from another culture, we are likely to draw mistaken conclusions. We cannot accurately understand or appreciate another culture, if we look at it through our own cultural lens, our view of it is coloured by our own values and assumptions. A big part of developing cultural intelligence is the ability to recognise when our own cultural bias and orientation is influencing our behaviour. We must be able to momentarily cast aside our cultural spectacles and look at the world through a different lens.

“You are the window from which you see the world.“ George Bernard Shaw

If you’ve ever lived and worked in another country you may be familiar with the phases that one goes through when adjusting to a new culture, typically there are four phases:

Even if we don’t travel abroad, the world has now come to us and we find ourselves working alongside people from a diverse range of cultures and backgrounds. Technology can transport companies anywhere in the world. Practically, this means that we are increasingly required to interact and work with people from cultures and countries very different from our own.

What is cultural intelligence CQ?

CQ is the ability not just to understand others but to understand others who do not meet your cultural norms and then act on that knowledge in a mutually beneficial way. It has been defined as “a person’s capability to function effectively in situations characterised by cultural diversity” (Earley & Ang 2003). Culture helps to define the group. At a deeper level our cultural conditioning controls our behaviour and this mental programming exists within each of us.

Understanding the behaviour of culturally diverse individuals and how different cultures operate goes beyond examining surface behaviours such as rituals, ceremonies and body language. It involves an understanding of the deeper underlying values and assumptions that such surface behaviour stems from. Like a giant iceberg with most of its body mass hidden beneath the surface, culture can be invisible and elusive. Ways of thinking, traditions beliefs, history, assumptions, and social structures all play a part of forming our cultural script and that of others from a different culture.

Every game has its rules, when we understand the rules; we can play and enjoy the game. Every culture also has its own set of explicit and unwritten rules by which it functions. The rules of a card game like black jack would have little meaning in a game of table tennis. Similarly, communication and social skills that you may have developed in one culture may become obsolete or even counterproductive in another. Operating successfully across cultures is a matter of understanding cultural rules. Failure to do so can lead to a lot of stress and anxiety for the individual and lost business opportunity for the organisation.

How to develop cultural intelligence CQ

The three key aspects of cultural intelligence are:

So how can you develop more CQ? The starting point is having a beginner’s mind. Gaining knowledge by learning is the first step and it is about being a student. Clearing our mind of what we think we might know about a certain culture and genuinely studying it. Books, films, YouTube videos, blogs, actually having conversations with people from that culture or in my opinion the most powerful forms of learning - travel. There are so many ways these days for us all to improve our knowledge about a certain culture but the starting point is the motivation to be a student and to let go of our assumptions.

Once we have knowledge about a culture, being mindful and aware can help us to make better sense of what is happening in an intercultural interaction. Once we tune in, we can be more aware of other’s people’s words, body language, verbal and non-verbal communication and also have the knowledge to interpret the interaction more accurately. Mindfulness is a skill that I believe opens the door to not only higher levels of CQ, but many other key soft skills because it is about becoming more present about yourself and those around you. Mindfulness is a simple but powerful technique that you can practice anywhere at any time. Next time you have conversation with someone, try a mindful listening approach where you try to pick up on not just on the words being spoken but also other things such as the body language, feelings or mood of the speaker.

When we are armed with cultural knowledge and we are mindful, we can put our skills to the test when we find ourselves in different intercultural situations. Our behavioural skills develop the more we practice them. It is not always possible to jump on a flight and explore a new culture, but you could actively practice interacting with people from a culture different to yours by seeking those opportunities locally. You could plan an organised visit to a place of worship or community centre or just simply start a polite conversation with someone from a different culture that you wouldn’t normally speak to. Developing CQ is about being an explorer and it is definitely about being brave enough to sometimes come out of our own comfort zone and familiar circles.

Essentially, developing CQ is a matter of education and awareness, the more we learn, the more we know and can apply that knowledge in different situations. With the impact of the global pandemic we have all become acutely aware that we live in an interconnected, interdependent world whether we look at business, economics, politics, environmental affairs, or technological developments. Something that happens on the other side of the world can affect us all and so developing CQ is a crucial tool for leaders but is also a personal enriching learning experience that goes far beyond simply business. I’ll leave you with two questions to ponder. 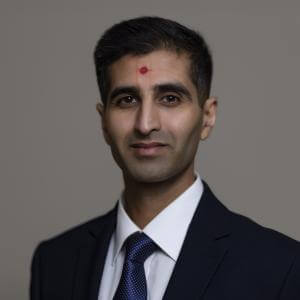 Hiten Bhatt is a guest writer for MHR, a Coach, and an Author on the subjects of Wellbeing, Leadership, and Personal Development.

We have been through a lot of change recently. By ‘we’ I mean ALL of us! As a human society, we’ve all been trying to find our feet again as…

Recognising role models and celebrating our #EngineeringHeroes, today and every day

In 2019, the UK hit a significant milestone with a record of one million females in core-STEM careers. 50,000 of these were identified as engineering professionals, nearly double the amount…

Creating a culture of trust; becoming a leader of change

The reasons are obvious, a driven, happier workforce are more connected, more creative and more productive. Professor Zak, a psychology professor from Harvard has spent his life studying trust at…